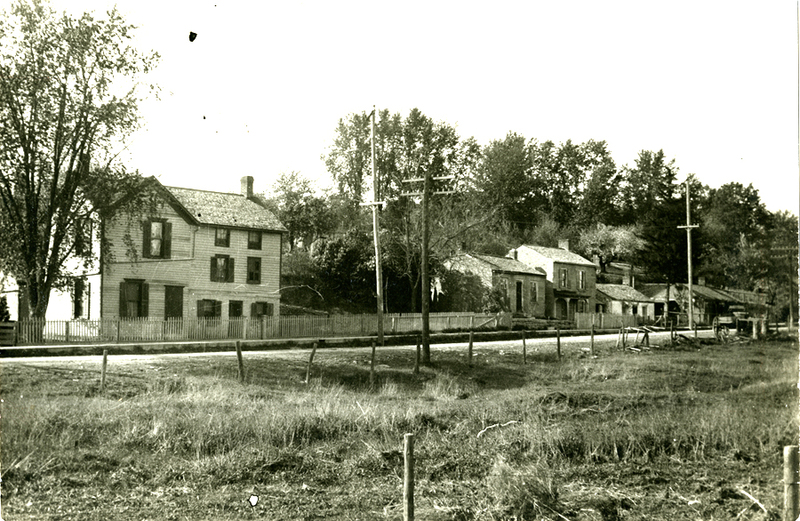 This is the house known as Polperro and is the second house that Bob Neal and Edgar Hellum restored.  In the upper left historic image, it was just down the street from Pendavis and Trelawnly.  When Bob And Edgar bought it the floor plan was a two story, L shaped, clapboard building.  As soon as they explored  the house they saw that the original section was a two story log house on a stone foundation.  Bob and Edgar decided to take the house back to the original configuration.

They stripped the siding off and demolished the frame addition.  They built an exterior chimney on the north side of the house.  This was the first time they had worked with Charlie Curtis, a Cornish stone mason who had spent much of his career in America working for Frank Lloyd Wright.  He would become a life-long friend and collaborator.

Polperro’s logs were carefully chinked and the stone foundation was repaired and tuck pointed. Bob and Edgar lived in Polperro until Trelawney was completed. 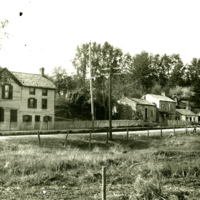 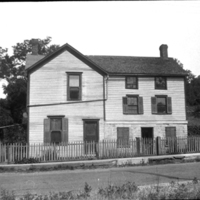 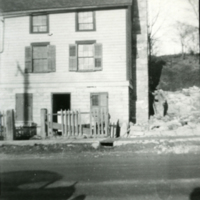 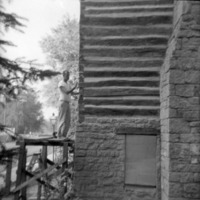 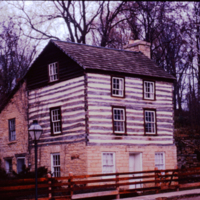 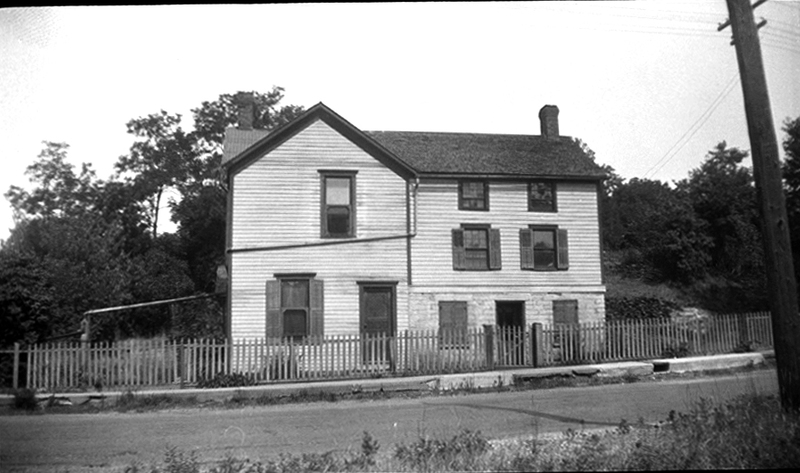 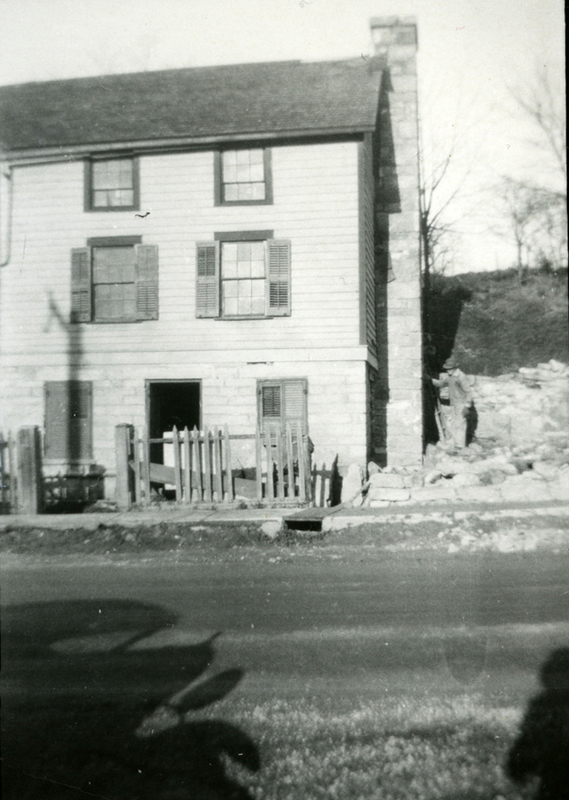 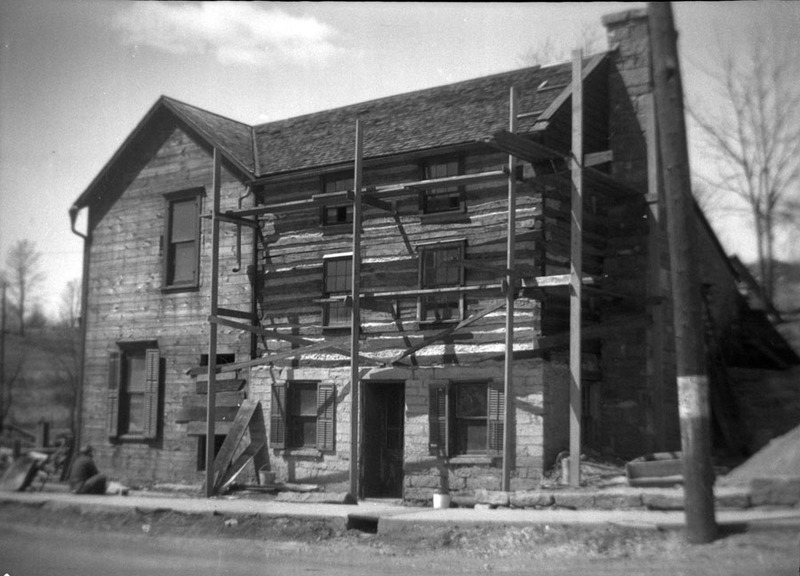 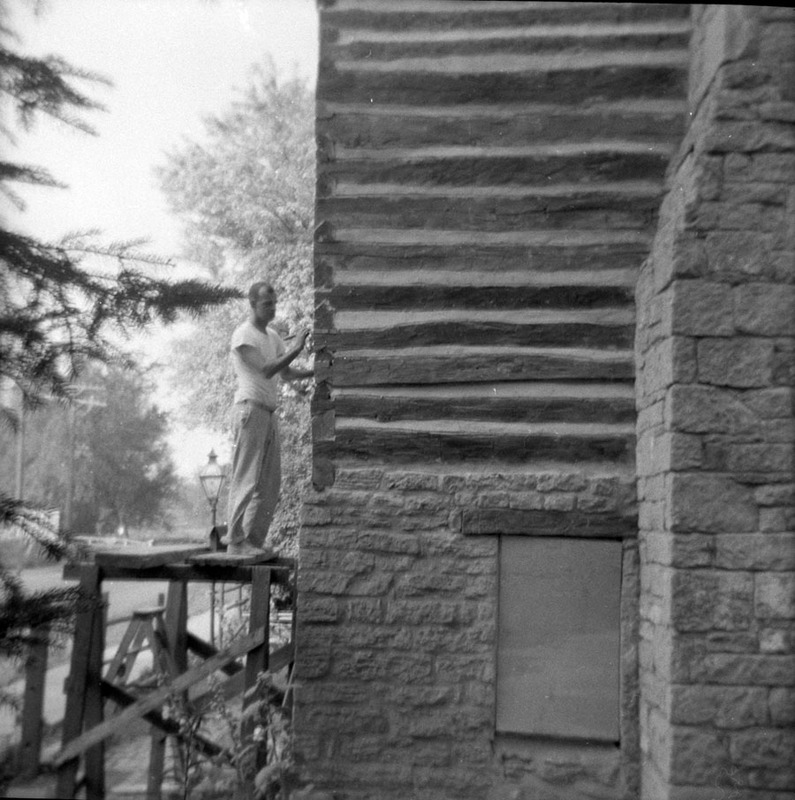 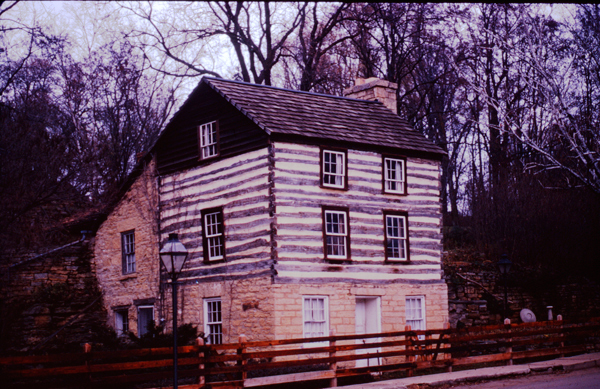